Home » What you should know about RACI 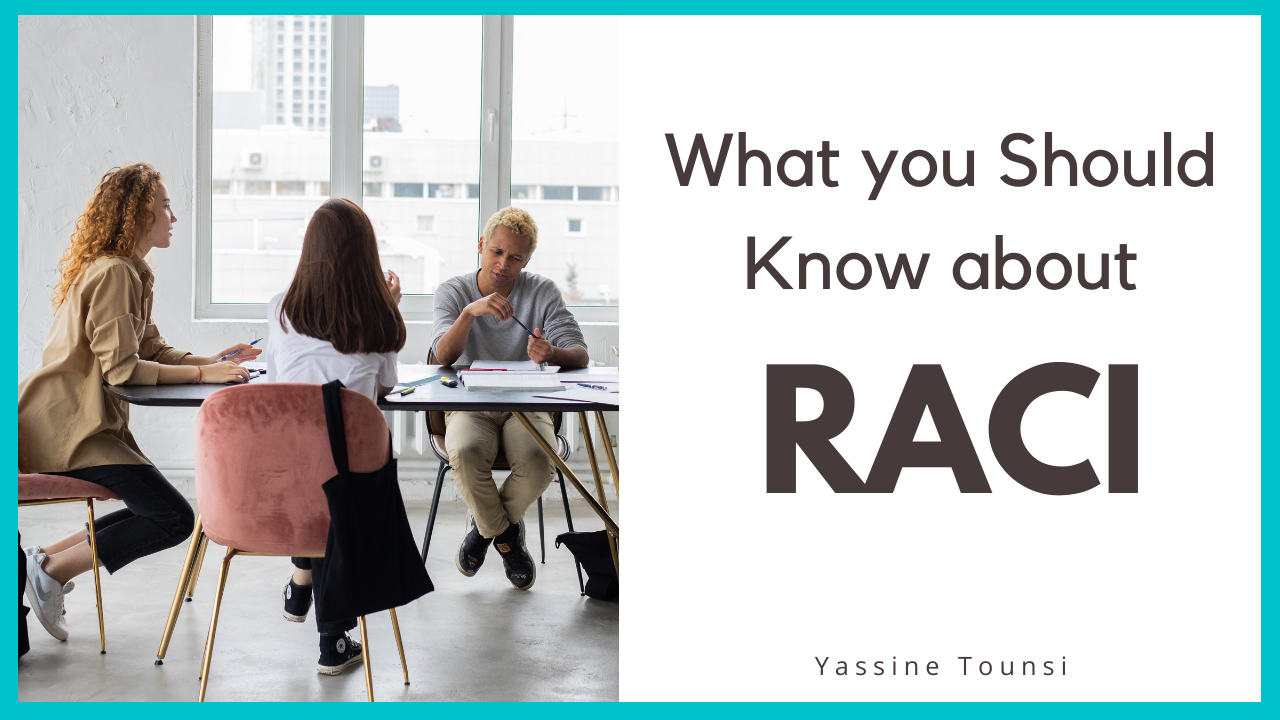 The RACI matrix, aka the Responsibility assignment matrix, is an effective and popular project management tool that sometimes gets misused or misapplied. Therefore, this blog post is dedicated to explaining how RACI, when appropriately applied, can become a catalyst for your project’s success.

RACI is an acronym that stands for the four different roles that a project team member can have when executing a task:

The RACI matrix allows you to define the role of each team member in relation to the project tasks and thus everyone becomes fully aware of what is expected of each individual.

Why should you use a RACI matrix?

Without a precise specification of each member’s role in the project, misunderstandings can easily arise and consequences can be severe.

For instance, if you work with a small team on a blog and you want to build a consistent process to produce quality content every week, you may want to define who should take care of research, who should edit the articles, who reviews them, and finally who will take care of posting and promoting them.

Please keep in mind that setting up a RACI matrix is just one step of creating an efficient process. Using collaboration tools, such as Trello, is a must to properly implement these roles and improve communication and collaboration among team members.

What are the potential pitfalls when using the RACI matrix?

There are four major pitfalls that you should avoid when creating and implementing your RACI matrix:

The RACI matrix is a useful tool for organizing a process that involves numerous actors. If the process is simple, a table designating tasks to concerned individuals or just indicating the actor’s name may suffice. This entails only assigning the person who is responsible for each task, and who is allowed to involve other team members when necessary.

When faced with internal resistance, it may be tempting not to seek stakeholders’ approval of the RACI matrix, which would be a big mistake. It is mandatory that this matrix be shared with each member of the project team in order to get their feedback and confirm their commitment. Collaboratively building the RACI matrix will give your team members a sense of ownership and boost their motivation.

It is known that the best is the enemy of the good. To ensure that everyone fully understands what they are supposed to perform, a project manager might tend to go into excessive task details. This risks making your RACI unreadable with numerous redundancies. The goal of RACI is not to exhaustively detail the work to be done, but rather to streamline the delegation process.

You are managing a project for acquiring and implementing a semantic search platform. You decided to issue a Request For Proposal (RFP) and assigned tasks to your team according to the following RACI chart:

Upon releasing the RFP, you received some complaints from different suppliers claiming that the procurement document is not clear as it includes some contradictory requirements. In order to address this issue, you should refer to:

The correct answer is D. According to the RACI chart, Stefania is accountable for the activity of writing the RFP. Consequently, you need to talk to Stefania in order to investigate the issue. Michelle is the one responsible for writing the RFP, but she is not accountable in case something went wrong as this situation implies.